Recently I’ve been reading Asteronymes by Claire Trevien, a collection of poems that has repeatedly and deservedly been called ‘playful’. Lots of the poems muck about with wordplay, redaction, and poetic form. There’s a form in there that Claire has invented, where she splits four-letter words down the middle and uses them to start the first word of a line, and end the last word. This is most evident in the poem ‘Goatfell’, whose first two lines read thusly (emphasis my own)

GOthic scrabble of rocks, we chAT

FEy and murder: how this chap feLL

I rather like this game, so I had a go at it myself. I found it tricky but interesting, as it forced out a strange little poem quite unlike what I would usually write. The inspiration for the subject matter was a conversation I had with Husband as we sauntered through a churchyard. Husband says he’d like to be buried with a video camera in the coffin, so people could watch some kind of live stream decomposition. Grim, but funny, and potentially a spiritual act – it reminded me of a set of Buddhist watercolours I saw in the touring ‘Flesh’ exhibition, which portray stages of decomposition as an aid to meditation on impermanence.

What I really wanted to do was create a version of the poem where lines would fade, or decompose. I’ve seen similar things online, and had ho 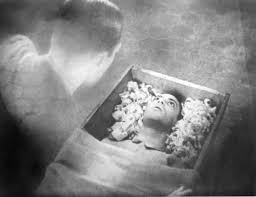 ped it would be something I could do via Twine – but alas, no, it needs properly coding and I am ignorant of this arcane magic. So instead I have rendered it as a Powerpoint presentation with slides that fade into each other! Neat! If you’d like to read it, please click on the link below to download it.

Underground, his face and body disintegrate

After a cold, windy weekend when the hail showers kept me indoors as much as the #lockdown, it feels good to swap online activity for the real world of my daily #beachwalk . . #corona #covid_19 #lovehartlepool #foundpoetry #cutandpaste #creativelife #lockdownuk
New moon yesterday, but we haven't been in lockdown for even a lunar month yet and I'm already wondering if running out of whisky and Earl Grey necessitates an essential shopping trip... . . #corona #covid_19 #lockdown #foundpoetry #foundpoems #beach #beachwalk #mentalhealth #rationing #stayhome
Another #foundpoem for the #plaguediary plus some soothing video of the #sea at #dawn #daybreak and a goofy #selfie of me at 5.22am, sneaking out in coat boots and PJs... . #lockdown #covid_19 #coronavirus #creativelife #beachwalk
My dears, I am a human who is nothing without a Project. There's so many project suggestions being bandied about right now, I'm overwhelmed! So I'm sticking to what I know, what I can do even on bad days - #foundpoetry and #beachwalks
Experiments in one-image #collage. Slide 1 - the original image Slide 2 - sliced and rippled Slide 3 - alternate reversals Slide 4 - alternate inversions Slide 5 - back to front . . #cutup #cutandpaste #handcutcollage #analoguecollage #socialdistancing #creativelife #thingstomakeanddo
Hope every one is doing ok out there - not panicking, but taking sensible measures. Here's #socialdistancing Hartlepool and Seaton-style over the last few days. . . #corona #coronavirus #Hartlepool #Teesside #seatoncarew #beach #breathe #beachwalk #mentalhealth #freshair #keepgoing