The mental image that inspired my poem for this prompt is a photograph taken at Bhopal, after the catastrophic chemical plant explosion. (The image I mean is number 7 in this article, but please be warned it is an image of a dead child and very upsetting, don’t go there if you don’t want that in your mind). 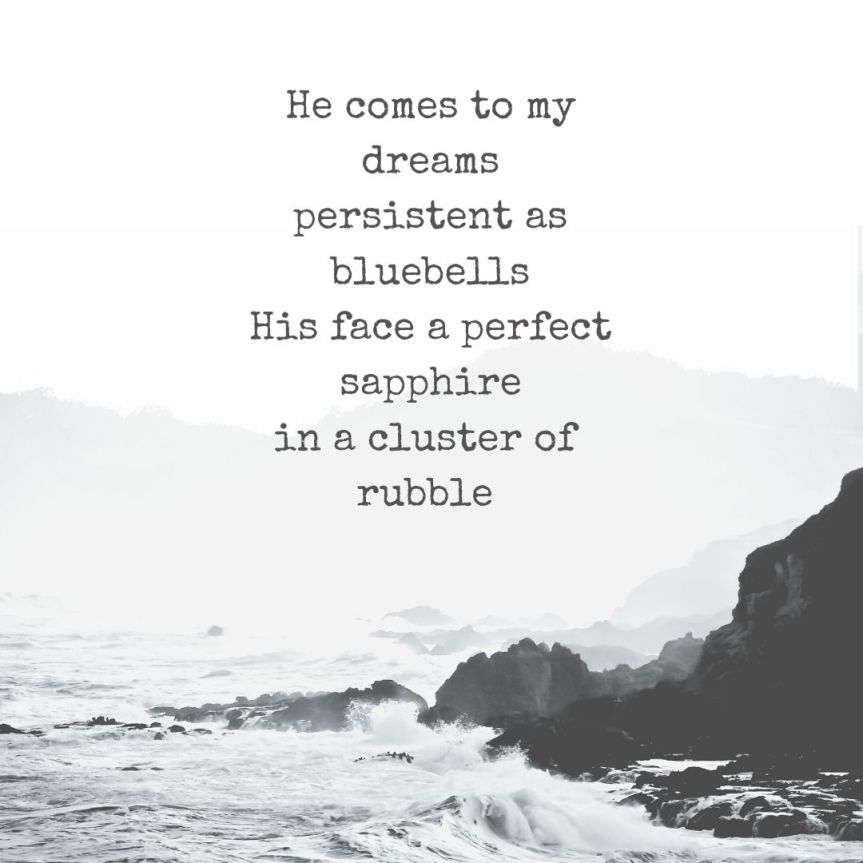 I’m extremely happy to be joined today by two more excellent poems. This one is by the wonderful Finola Scott:

He arrived late, but smelt so sweet
and forty years later he does it again
My bold boy, the Prodigal, I joke
to his sister. Her and I smile & sigh.

Today we high-wind hurtle city to city
across Scotland’s belted waist. He says
The Icelandic Symphony Orchestra play
capitally. As musician after musician
crowds the stage we giggle, so many tails.
Honey brass gleams, chestnut cellos wait
for sap-rise. He nudges, points at the timpani.

Then it soars, I’m swept into fiords, ice
melts, sea eagles swoop, glaciers calve.
Side by side we voyage out of ourselves
into each other.

And this one is donated by the equally wonderful Harry Gallagher:

Today I almost gave my glasses to the sea
but the sea said no,
it could see where things were headed
and the ebb and the flow
hadn’t lost my address
it had just looked the other way
for a moment.

Today I tried to throw my stick into the sea
but the sea tossed it back
with a million tonnes of plastic,
said it was too full up for now
but if I stuck around
for at least another day
it could do with a hand itself.

Today I shot my slings at the sea wall
but all that came back
was an echo of a wave
as ancient as time,
a reminder that tomorrow is a choice
that will happen with or without
the sound of my voice.

Today I unloaded my woes to the sea.
The rage and the spray
of a world of injustice
was carried away on the westward wind
that battered and dropped me
then propped me back up
to await the turn of the tide.

Really happy with what I drew today at @hartlepoolartstudioltd @artriumstudio although I really don't understand oil pastel yet.
Glorious day out in #sunderland to see a friend and check out art made by some people I worked with earlier this year on making #textart #foundpoetry #palimpsest #textcollage - check out Where We Are Now at @sunderlandmuseum until 14 Nov.
Coming up on Tuesday 21st September, what might be the last Zoom-only edition of TWOOMPH!, the open mic with extra oomph!
Kittiwake feather, like a knife dipped in ink.
Is it done? Is it a thing?
My lovely friend @greenerlavelle bought me a bouquet of bright flowers. One by one they did what cut flowers do - bloomed, drooped, faded. One by one I thinned the bouquet, trimmed stems, downsized to new vases and fresh water. In the end, the very last gerbera gifted me these seeds, which I'm about to scatter in the garden with hope in my heart!